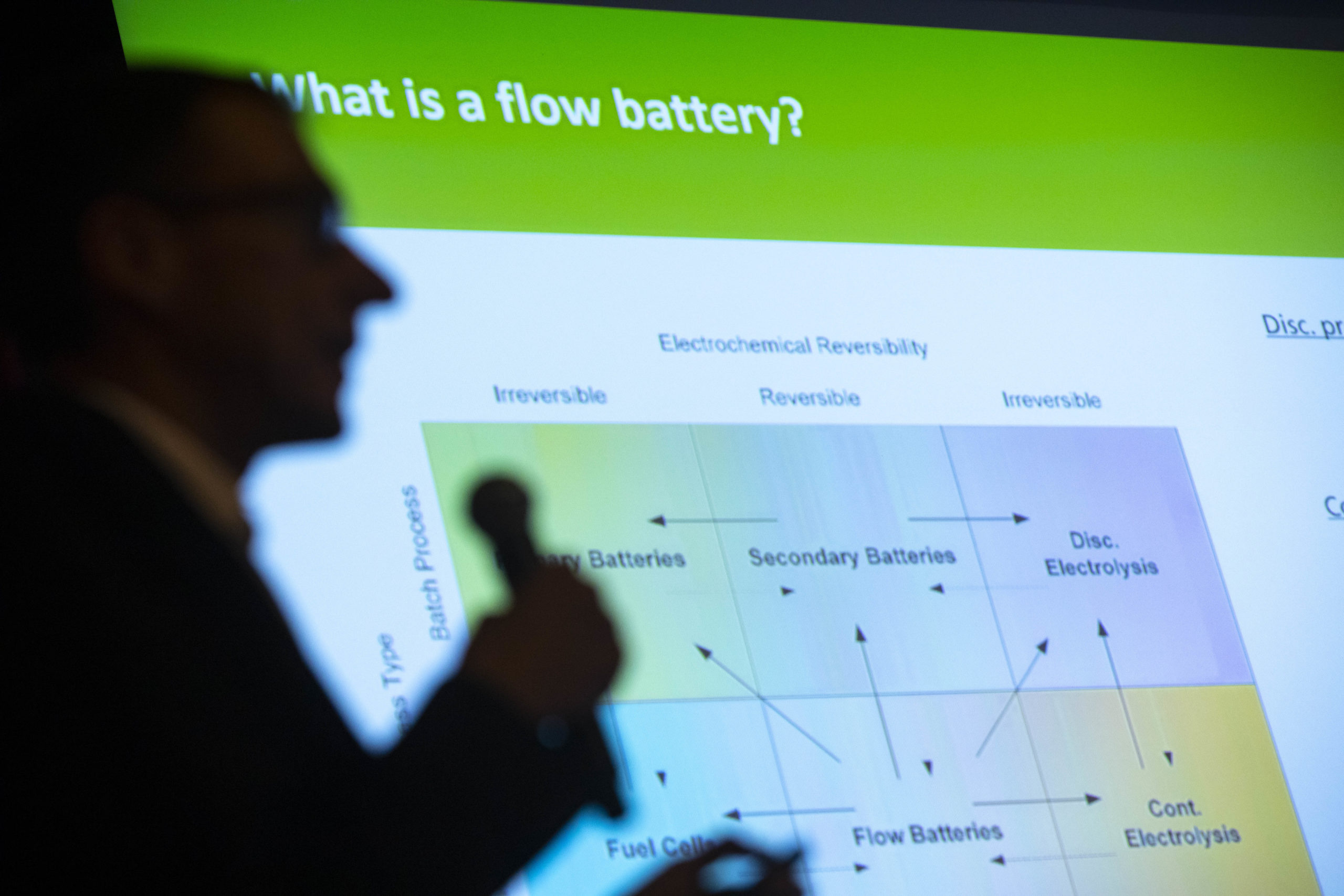 Adjunct Associate Professor Jens Noack studied chemical engineering and environmental technology at the Dresden University of Applied Sciences and recieved his PhD from Karlsruhe Institute of Technology. Since 2007, he has been working at the German Fraunhofer Institute for Chemical Technology in the Department of Applied Electrochemistry, where he has mainly been involved in the development of redox flow batteries. From 2009 to 2011 he was acting group leader of the newly formed Redox Flow battery group and subsequently deputy group leader. Since then he has been working at Fraunhofer ICT as project lead, scientist and senior engineer. Since 2020 he is an Adjunct Associate Professor at the University of New South Wales in Sydney/Australia.

His research and development focuses on stationary energy storage systems for renewable energies and the development of novel energy storage and conversion systems. Among other things, he was involved in the development and installation of Europe’s largest vanadium redox flow battery on the Fraunhofer ICT campus. He is the German project lead of the German-Australian Alliance for Electrochemical Technologies for Storage of Renewable Energy (CENELEST), project lead of the European-Australian SONAR project as well as other publicly funded projects from industry.

Jens Noack is the author of over 100 publications, including 57 peer reviewed papers, 29 patent applications and three review articles. He has also given over 70 talks at conferences worldwide, including several invited talks. He is a member of the scientific committee of the International Flow Battery Forum since 2016 and regularly session chair since 2012. In 2016 and 2018 he was also invited Session Chair at the conferences of the US Material Research Society. Furthermore he was member of the Organising Committee for the 4th Energy Future and 3rd Meeting of the International Coalition of Energy Storage and Innovation in Sydney, Australia 2020 together with the Royal Australian Chemical Institute.

Jens Noack is a member of several national and international standardisation committees. He is chairman of the German national committee “Flow Batteries” in the German Commission for Electrical Engineering and Information Technology DKE AK 371.0.6, member of DKE K 371 “Batteries” and DKE K 384 “Fuel Cells”. He is also a member of the International Electrotechnical Commission IEC in the groups TC 105/21 JWG 7 “Flow Batteries” and JWG 82 “Secondary cells and batteries for renewable energy storage”.

Currently Jens Noack is coordinator of national and international projects with a total volume of over 5 Mill EUR.